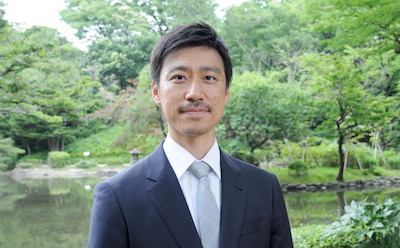 Suhyon—Education and Experience with Law

Suhyon Kim graduated from Keio University with a Bachelor of Law degree. He then attended Hitotsubashi Law School. In December of 2007, he became a registered attorney and soon after, he began working at Higashi Sakura Law Office. There, he worked on many different kinds of legal cases and gained a wide range of experience working in civil law, criminal law, and corporate law. In January of 2011, Suhyon began working at a new firm called Tokyo Public Law Office for Foreign Nationals and International Service Section. There, his work primarily consisted of providing legal assistance to foreigners and working to ensure that foreigners would have greater access to legal aid. From May of 2013 to August of 2015, Suhyon worked at UC Berkeley in California as a visiting scholar. While working there, he worked on researching US immigration law. In February of 2017, Suhyon began his own law office, Hiroo Park Law Firm.

Suhyon currently holds the distinctive title of Vice-President of the Tokyo Bar Association’s Committee on the Protection of Foreigners’ Human Rights. He has also co-written two published books: “Legal Consultation for Foreign Nationals” and “Beginner’s Guide to Providing Legal Assistance to Foreign Nationals in Japan.” He also wrote an article called “The Arrival of Pirate Ships” for Liberty and Justice, a journal published by the Japan Federation of Bar Associations. 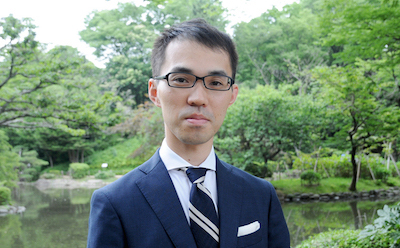 Kosuke graduated from Hitotsubashi University in Tokyo with a Bachelor of Law. He was an exchange student from the university to the Grande École of HEC Paris, France, for one school year. He then attended Hitotsubashi University Law School. In December of 2010, he became a registered attorney and began working at Oki Law Office in Yokohama, Kanagawa. There, he worked on a wide variety of cases and gained significant range of experience with corporate law, civil law, criminal law, and public interest law (involving providing legal assistance to and advocating for children and foreign nationals, in particular.) In May of 2015, he began working for Tokyo Public Law Office, Foreign Nationals and International Service Section. There, he provided legal assistance to foreigners and worked to ensure that foreigners would have greater access to justice. In June of 2017, Kosuke joined Suhyon as an attorney at Hiroo Park Law Firm.

Kosuke holds the distinction of serving as a Chairperson of the Kanto Federation of Bar Associations’ labor project team to protect the rights of foreign nationals. He also serves as a project team member on the Japan Federation of Bar Associations’ Human Rights Protection Committee. He works for the JFBA as an officer at Office of International Affairs. Additionally, he is a member of the Tokyo Bar Association’s Committee on the Protection of Foreigners’ Human Rights. He is also a member of LAWASIA. He is also active as a member of various lawyers’ groups for foreign nationals in Japan, including Lawyers’ Network for Foreigners, Lawyers for Trafficked Victims and Lawyers’ Network for Foreign Trainees.

Kosuke has written several books, mainly on legal practice for foreign nationals in Japan, including a guidebooks on practices of employment of foreign nationals and Technical Intern Training Program. He contributed various articles for newspapers and magazines including the Japan Times, South China Morning Post and Nikkei Asian Review. He  appeared TV programmes as a commentator on the situation surrounding foreign workers in Japan. He also wrote an academic paper called “Civil Remedies for Victims of Trafficking in Persons in Japan” for “Research on the Specialty Practice” of Yokohama Bar Association in 2015. He was a contributor for a working paper “Assessing Access to Justice for Thai Migrant Workers in Japan” developed by Justice Without Borders for the Institute of Developing Economies of JETRO. He has been invited to speak at many seminars and panel discussions, including JICA and U.S. Embassy in Tokyo.